An Interview with Singer-Songwriter, Edie Carey By Zoe Hemenway

An Interview with Singer-Songwriter, Edie Carey By Zoe Hemenway 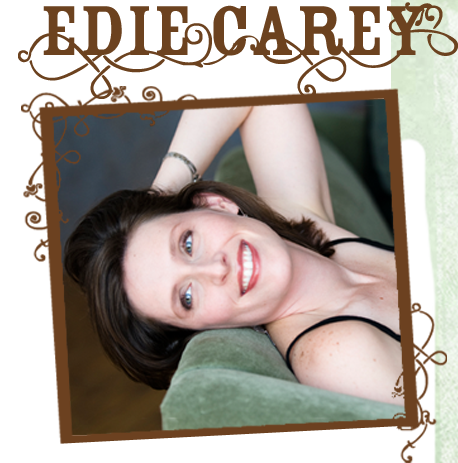 Though she always wanted and loved kids, she wasn’t sure if marriage and children were in the cards for her due to her career.

Everything changed when she met her husband while on tour in 2005. Matt embraced her job and didn’t see it as a negative. The two were friends first and set on a romantic course in 2007. They wed in 2009. In 2010 their world turned upside down when Edie experienced a massive health crisis. They hadn’t been trying to have a baby at the time, but she wondered if she might be having a miscarriage. It turned out to be a hemorrhage from a cervical fibroid tumor that caused her to nearly bleed to death.

“I didn’t quite crash on the table but I went into shock,” Edie explained. She needed blood transfusions to prevent her from bleeding out. To stop the hemorrhaging her doctor cut off the majority of the blood supply to her uterus with uterine artery embolization. This cutoff is meant to be permanent. She was told that it would be very challenging to have a baby because her uterus now had very little blood flow. However, if she were to get her period again, pregnancy was a possibility.

Edie remembers, “I never prayed so hard for a period in my life.” Her period did indeed come back after a few months and she was told to start trying to get pregnant as soon as possible. They tried naturally for nine months, but Edie’s uterine lining was very thin. At that point her doctors said she probably needed IVF (in vitro fertilization). Despite living in Chicago where there is excellent insurance coverage for IVF, neither of them worked for a major company, therefore they didn’t have the mandated insurance for IVF and the procedure was out of reach financially for the couple.

Their luck turned around when they discovered an IVF raffle in the suburbs of Chicago, a raffle they ended up winning!  The first round of IVF didn’t work, which deeply disappointed her. They didn’t give up though, and in 2012, thanks to the raffle, they had their son Luca after a frozen embryo transfer.
Their second child was a little more difficult. They could now afford IVF due to her husband getting a job with excellent fertility coverage, but Edie’s egg quality was pretty terrible and IVF wouldn’t work with her eggs. She used an egg donor in order to conceive her daughter. The process of having two kids took six years, two and a half for her son and three for her daughter.

Her song “These Things” reflects on what she thought she would never have. She says that infertility can cause imposter syndrome for some new parents.

Thinking back, “I can’t quite believe I have two children after being told it would never happen.”

There’s still a big stigma around infertility and miscarriages. Edie didn’t share her struggle publicly at first. She wrote some songs about it, but she didn’t talk about it on stage. Edie realized that people who came to her shows were around the same age as she was, and some of them were probably going through similar trials. She made a choice to be more open about her infertility issues. After her decision to become more public with their infertility struggle, many people came up to her to talk about their experiences with IVF and adoption. Talking about it with her audience members made her realize she wasn’t alone in this battle. There were so many people who understood exactly what she went through.
Edie doesn’t tour as much as she used to, now that she’s a parent. She usually only leaves for a concentrated amount of time, because being away too long is too hard for their children. She is a stay at home mom when she’s not on the road. Touring gives her the opportunity to connect with other adults, something she needs from time to time. Plus, she gets to do what she loves and gets paid for it. Edie jokes that every stay at home parent should occasionally get to go on “tour,” even if that’s just going to a hotel for the night by yourself.

It can be difficult to balance work and home and she says there really is no true balance. She may be a stay at home mom, but she admits to being a bit of a workaholic.

Edie Carey is self-managed, so she organizes and books all her shows herself. She explained that she doesn’t need someone else to do it for her garnering a 15% cut of her earnings. Due to this hectic life, she found that a small tour once a month seems to be the best balance for her.

Edie’s number one piece of advice to other women struggling with infertility is to find a support group. She found an amazing support group while in Chicago and it helped her tremendously. She even ran the group for three years after the original founder couldn’t do it anymore. She explained that isolation can take over your whole life and she can’t imagine what it would have been like without the women she met in her group. If there are no support groups near you try to find someone online, even if it’s just one other person. In addition to having a support group, always having a plan “B” is crucial. Edie’s doctor told her she seemed emotionally exhausted during what would be her final round of IVF when trying to have her daughter. Her doctor is the one who suggested an egg donor because it was obvious that the IVF was taking a toll on Edie. She stressed how important it is to find a doctor who understands the emotional component as well as medical expertise.

Edie and her family now live in Colorado Springs. She still tours, but she knows that she has a limit on how much. From Edie’s perspective, her struggle was absolutely worth it, having her children of course but also meeting so many other women who went through similar struggles.