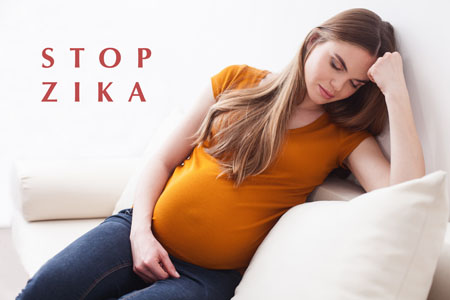 The Zika Virus has emerged recently as a new international health crisis to pregnant women or those trying to become pregnant. INCIID is getting calls and questions about Zika and the threat for women of reproductive age who are seeking to get pregnant. Many are worried. INCIID has put together a fact sheet to help with understanding the threat and how to protect yourself.

The Zika virus was discovered almost 70 years ago in the Zika Forest in Uganda. There were sporadic outbreaks in Africa and Southeast Asia in 2007, then another in French Polynesia in 2013. In the 2013 outbreak, authorities noted a contemporaneous association of an increase in cases of Guillain-Barre syndrome. Simultaneously, authorities saw a dramatic increase in microcephaly and a rapid spread of Zika virus through the Americas. This February (2016) The World Health Organization (WHO) declared the outbreak an international public health crisis because of the link to microcephaly as well as other neurologic syndromes. (MORE)

Polycystic Ovary Syndrome (PCOS) affects 5-10% of women of childbearing age. It is the most common cause of abnormal or absent ovulation among women experiencing infertility, representing about a third of all patients seeking fertility care. The diagnosis is made on clinical grounds and is characterized by irregular or absent ovulation, androgen excess (acne, hirsutism  and here, and/or alopecia), and the ultrasound appearance of the ovaries.

The origins of PCOS are clearly genetically based and are linked to other metabolic and physiologic abnormalities such as type 2 diabetes, obesity, hypercholesterolemia (an excess of cholesterol in the bloodstream), and heart disease. References to the syndrome go back as far as the ancient Egyptian papyri and show up repeatedly in ancient Greek and Hebrew literature as well as the medieval and Renaissance periods. It has such an ancient genetic stamp that it is now thought to predate the emergence of human racial diversity 50,000 years ago. (MORE)