Special Education in the News – Parents BE AWARE

Special Education in the News – Parents BE AWARE 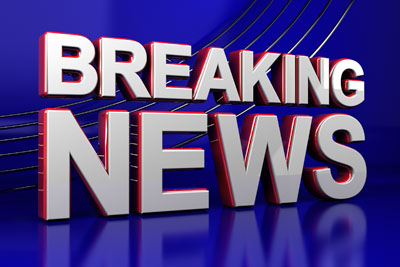 05-09-15: United Airlines Boots Child with Autism Off Flight  Donna Beegle, her husband and their son and daughter were headed back to Portland on Tuesday after spending a few days at DisneyWorld in Orlando. “I get the ignorance,” Dr. Beegle said. “But it has to change.”

04-23-15: Twelve-year-old dismissed from school when her cancer battles caused her to miss too many days!

04-18-15: A decision by the Department of Justice is changing how school districts accommodate service dogs. Download the DOJ Letter

04-15-15: Warning from the US Department of Education warning school districts about pushing parents into due process

04-08-15: Mothers who care for disabled children may suffer memory loss. “Mothers of kids with disabilities might be more forgetful as they age than other mothers, according to a new study that suggests the stresses of parenting a disabled child wear on mothers’ minds over time.”

03-31-15: The Disability Scoop: The Supreme Court Delivers Blow to Medicaid. [To the many parents of disabled children on Medicaid; Think carefully where spend votes for President, Senate and Representatives in Congress. The President appoints the court and their terms are for life.] Developmental disability service providers cannot sue to force state Medicaid programs to raise their reimbursement rates, the U.S. Supreme Court has ruled.In a 5-4 decision Tuesday, the high court ruled against a group of Idaho agencies serving people with developmental disabilities.The state failed to raise Medicaid payments as outlined in a federally-approved formula for years even as such agencies faced rising costs.

But, in a blow to the providers, the Supreme Court ruled that private companies currently lack any right to enforce Medicaid requirements. Rather, it is up to the U.S. Secretary of Health and Human Services to ensure that states comply with the program’s rules, the court said.

“Our precedents establish that a private right of action under federal law is not created by mere implication, but must be ‘unambiguously conferred,’” wrote Justice Antonin Scalia for the majority. “Nothing in the Medicaid Act suggests that Congress meant to change that.”

Justice Sonia Sotomayor said in her dissent that the decision will have significant consequences.

“Previously, a state that set reimbursement rates so low that providers were unwilling to furnish a covered service for those who need it could be compelled by those affected to respect the obligation imposed by (the Medicaid Act),” Sotomayor wrote. “Now, it must suffice that a federal agency, with many programs to oversee, has authority to address such violations through the drastic and often counterproductive measure of withholding the funds that pay for such services.”

03-27-15:The Peublo Cheiftain DENVER — A jury awarded $2.2 million as damages from Pueblo City Schools (D60) to the mother of a severely disabled student who school staff repeatedly restrained in a special-control desk.

03-26-15: BND News (for Southwestern ILLinois): Bill would stiffen penalties for parents of truant students in special ed. [A bill written by those who are truly clueless] Illinois parents of truant students can be fined up to $500 and jailed up to 30 days, but a bill in the state legislature would increase the maximum penalties to a $1,000 fine and six months in jail for some parents — those whose children are in special education.The maximum penalty would be unchanged for parents of students in regular classes.

02-25-15: LIBERTY, MO (KCTV/CNN) – A Missouri boy with Asperger’s syndrome was hospitalized after a bully attacked him at school, his parents told CNN affiliate KCTV.

01-22-14 PR Newswire  – Contra Costa County On January 22, the Brentwood Union School District (BUSD) agreed to pay$8 million to the families of eight special needs pre-kindergarten students who were physically and verbally abused by their teacher.  The students had been placed with teacher Dina Holder over a four year period despite repeated complaints by parents and staff concerning her mistreatment of the children in her care.  This settlement resolves the latest in a series of lawsuits alleging similar abuse of special needs children in Contra Costa County. See also Wrightslaw.com