How Safe is Our School House: 2015 Report Restraint and Seclusion

How Safe is Our School House: 2015 Report Restraint and Seclusion 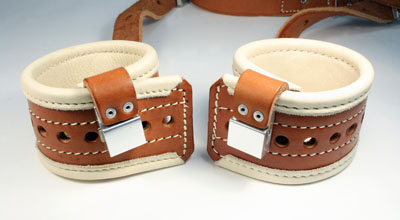 The updated 2015 edition of How Safe Is the Schoolhouse? An Analysis of State Seclusion and Restraint Laws and Policies, written by Jessica Butler, has been published by the Autism National Committee.. The purpose of the report is to describe and examine state restraint and seclusion statutes, regulations, rules, and policies/guidelines in effect as of March 2015.

How Safe is the Schoolhouse is the leading discussion of state restraint and seclusion laws, having been in the last few weeks cited by National Public Radio, the Washington Post, and previously by ABC News, ProPublica, and other national and state media.

Seclusion and restraint are highly dangerous interventions that have led to death, injury, and trauma in children. The Government Accountability Office (GAO) documented at least 20 stories of children who died in restraint, and other children have died and been injured in seclusion.

Congressional bills providing comprehensive, mandatory protections have been led by Senator Tom Harkin and Congressman George Miller in prior Congresses, with the House bill being reintroduced in February 2015 by Congressman Bobby Scott and Congressman Don Beyer. But they have not become law, meaning that today, the law that affects parents and students is the law of their own states. For this reason, parents need to know what their state laws are and how they fit into the schemes used in other states. This report uses 51 “states” to include the District of Columbia.

Only 22 states have laws providing meaningful protections against restraint and seclusion for all children; 34, for children with disabilities. A few states have weak laws, a few others protect only against one practice and not the other; and others have only nonbinding, suggested guidance, or nothing at all.

Many states have loopholes in their laws that undermine them and leave children unprotected from dangerous restraint and seclusion. Parents should be be notified quickly of the use of restraint or seclusion, in order to watch for concussions, hidden injuries, trauma, and to seek medical or psychological care. But 34 states do not require parents to be notified within 24 hours when restraint and seclusion are used on all students, 25 states, when used on students with disabilities.

The report also analyzes how the bills championed in Senator Harkin and Congressman Miller in prior Congresses have impacted the states. How Safe is the Schoolhouse examines and analyzes the state laws because the issue has been left to the states. Parents of a student in Augusta, Georgia or Philadelphia, Pennsylvania can move to suburbs across the state boundary and find their child’s strong protections suddenly absent or reduced to very limited protections. Because parents need to know what their state law protections are, How Safe provides and analyzes those state laws and policies (or lack thereof).